Why is it Difficult for Managers to Talk About Their Anxiety?

“Mom, do you ever get a feeling that something bad or punitive will happen to you?” asked my 9-year old son this morning.

In the back of my mind two simultaneous thoughts exploded. The first one belonged to my anxiety and was more jumbled. It went something like: “OMG (substitute with an expletive), did I give it to him? I don’t want him to go through the same things I am. How will he live?” and on and on.

The other was more rational but not less disturbing – “Why can he try to find words to talk about anxiety at nine and we as adults often choke at this conversation.” Even me who for years has made it a point to normalize mental health discourse around me. And especially since I became a manager.

The Turmoil of Living with Anxiety

I have lived with anxiety my whole life. My anxiety is primarily social. As my job as an HR leader and a people manager involves almost nothing but social interactions, most of my energy goes into keeping it together at work.

Little is left for my personal life and I am incredibly grateful to my husband for handling all those tasks than terrify me such as phone calls or conversations with other parents at the school yard.

Anxiety brings a host of other emotions with it. Frustration that it often engulfs me in the most inopportune times. Sometimes pride at the achievements I have had despite the added weight it puts on me. But above all, shame that I am flawed and not “strong” enough to just erase it.

The Conversation about Anxiety

I thought I had made a lot of progress in overcoming this shame and being able to speak freely about my anxiety. I talk about it with my friends and family most of whom have pronounced bias regarding mental health issues.

I learned to keep my cool when they come back with something like “Can’t you just think positive thoughts?” or “You really intend to keep taking medication for the rest of your life???” Those that annoy me the most are the ones that awkwardly change the subject. But even they don’t discourage me from keeping the conversation about anxiety going.

At work, I always share my mental health troubles with the individuals I manage. I found this has a profoundly positive effect on my relationships with them.

On the one hand, it helps those struggling with their own mental health issues feel seen. This in itself has been incredibly rewarding. Quite unsolicited, they have also gifted me with much emotional support and new ideas for coping strategies.

On the other hand, when a manager shows vulnerability this brings a new level of confidence to the team. They see that they do not have to be perfect. And you can almost hear the collective exhale with which the overall level of anxiety of the team goes down.

Research shows that demonstrating trust in someone makes them more trustworthy (and prompts them to trust you back). Sharing such a “shameful” aspect of my life goes a long way into building a trustful manager-employee relationship.

The Silence about Mental Health

It has probably already transpired that I have been feeling quite cocky at how mature and brave I am. But yesterday a friend shared that she felt the need to lie to her boss about an anxiety attack. She invented a physical condition to explain the time off she needed. And an insight pierced the fog of my hubris – almost none of my managers (and I have had many) were aware that I was suffering from an anxiety disorder.

Of course there is a touch of personal negative experience and disappointment behind this fact. Years ago I had a manager who identified very strongly with her background in psychology. She considered herself a deep expert in human emotions and a true empath. And so did I.

At that time, my anxiety was having significant physical impact on my life and I was desperately trying to get a handle on it. I had shared with my manager what I was going through (it’s hard to hide something is wrong when you have to run to the restroom to throw up 5-10 times a day). We often talked about it and I felt she supported me.

Until one day she said that the company should not hire a candidate who had mental health issues. Her argument was that the candidate’s condition must be severe because they were taking very strong antidepressants. She was afraid their mental state may affect their work and the company negatively.

The medication this person was taking was the same one I was (and still am) taking.

Of course I spoke up. Of course it was awkward and our relationship was never the same again. It also got me thinking yet again about pervasive bias related to mental health. If someone so emotionally aware had such deeply rooted prejudice, what can we expect from people less educated in the matters of the mind.

But the reasons behind my reluctance to talk about my anxiety with my bosses goes deeper than this single disappointment. And it is also not just me. A 2019 international study performed by Ipso MODI for Teladoc Health shows that 82% of employees with diagnosed mental health conditions did not share this with their management.

And remember my friend who had to lie about her not feeling well. It’s not just her either. The research shows that 40% of employees have given a false reason for mental health related time off.

I don’t have the numbers to prove it but I feel it is even harder for managers to admit they have mental health issues.

Ever since I started managing people, I have been suffering by somewhat of an imposter syndrome.

So many of the qualities we expect from managers seem incompatible with anxiety – courage, resilience, perseverance, communication skills. What if my managers find out that I suffer from an anxiety disorder and think that I don’t possess those qualities?

But that is also a bias. When you have anxiety, it sometimes takes grand amounts of courage to simply get out of bed. It takes immense perseverance to keep going despite everything in you screaming: “You can’t do this.” . Plus anxiety may come with its own perks. For example, research shows that people with social anxiety are much more sensitive to social cues. A skill that can definitely come in handy to a people manager.

Another thing that worries people is the possible unpredictability. That leader who did not want to hire the candidate with mental health issues was afraid that they might “fall apart” at some point. And predictability and reliability is considered even more important in a people manager. After all as a leader you want to be able to rely on someone who is managing your workforce.

The truth is that predictability and reliability in that sense are an illusion. I could be hit by a bus tomorrow and incapacitated and that would (most likely) have nothing to do with my anxiety.

Moreover, while we may fall apart more often, those of us who live with mental health issues are also experts in pulling ourselves back together. And in times of ever growing workplace stress and actual disasters like pandemics and wars jumping out from every corner, being able to pull yourself back together is an underrated but crucial skill.

It’s up to us to Break the Silence

You know, since I never actually told my managers that I have anxiety, I cannot be certain that they would really think all those things about me. The bias has settled deeply also in our minds, mine and all those managers’ like me who keep quiet about their mental health struggles.

We seem to want to protect our leaders and the others around us from the potential discomfort and uncertainty we may bring them. And to protect ourselves from the “shame” and from being treated with condescension and pity.

But this has to stop. With the continuous increase in mental health issues, all of us need to let go of our bias and fear, and come together to support each other. 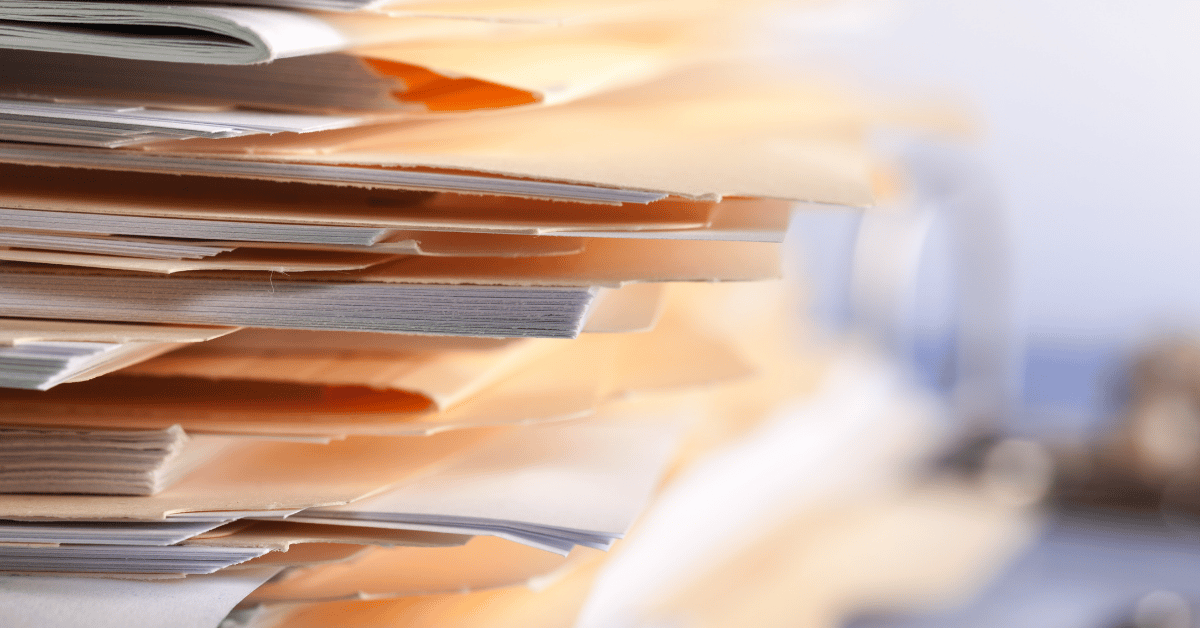 We seem to be constantly running, working longer hours and feeling more and more overwhelmed. Why can’t we seem to let go of our busyness at work? 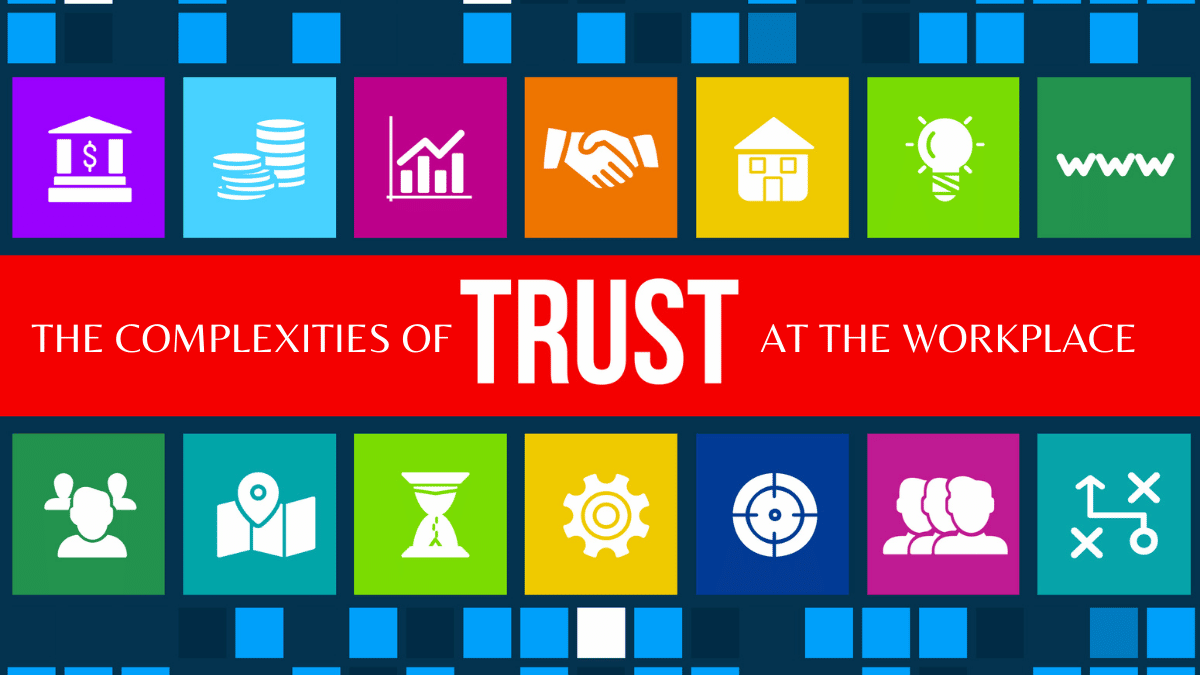 The Complexities Of Creating and Maintaining Trust In The Workplace

Trust is at the core of our capacity to truly connect with others personally and cooperate, negotiate, and resolve conflicts at the workplace. 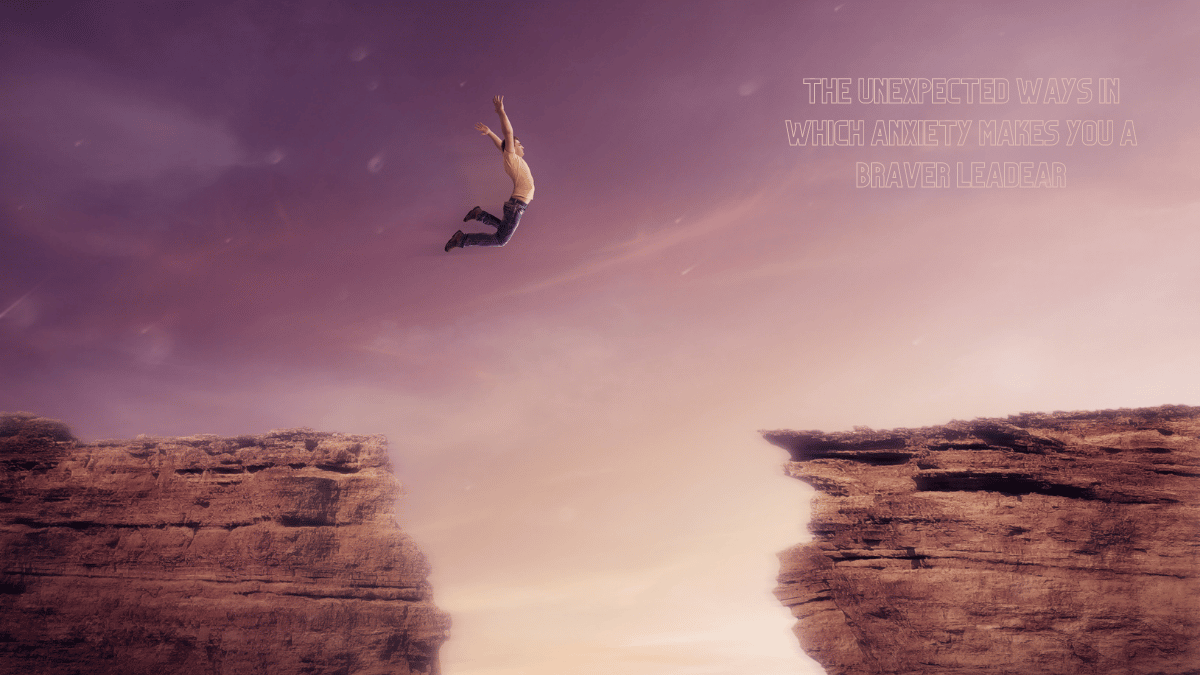 The Unexpected Ways In Which Anxiety Makes You A Braver Leader

While anxiety often makes our lives as leaders harder, it also has its unexpected rewards and ways to make us braver. As long as we accept it.