How Your Lack of Courage can Undermine Your Success in Leadership

One of the questions we keep asking ourselves throughout our careers in management is, “what makes a good leader?” And there are many answers to this question, including traits and behaviors such as integrity, empathy, accountability, vision and ability to influence others. Today, I want to focus on a leadership trait that does not always make the list but which I consider foundational. And this is courage as, for me, lack of courage is incompatible with true leadership.

When we think about what organizations need from a leader, it all boils down to achieving the company’s business goals. To do that, leaders need to drive results, create and implement visions and engage and motivate their teams. And the lack of courage can prevent any and all of these from happening.

Let’s see how courage intertwines with each of those areas of leadership.

What has courage have to do with achieving outstanding results?

On the most basic level, a leader’s job is to achieve certain results. And we may wonder, where is the courage in that equation. It looks pretty straightforward – you use the available resources, take specific actions and get results.

And it would be if you had all the resources you needed, the necessary support, clear priorities and operated in a stable environment. But that literally NEVER happens. And if it did, your company would not really need a leader there, just a coordinator of sorts.

About ten years ago, I was whining to my father about my job – what problems I had, how difficult my clients were and so on. He stopped me at some point and asked: “What is your job?”. I paused, puzzled and started explaining what HR was (ever since I started working in HR, I have not been able to describe to my parents what it is precisely that I do). He stopped me again and said:

“Your job is to overcome obstacles. That is what work is.”

To be honest, I was rather annoyed. How could he dismiss my worries so easily? But then I thought about it and started seeing the truth in that statement. I looked at my day-to-day activities in all the various jobs I had had, and I realized: work is indeed about overcoming obstacles. And leadership even more so.

Our attempts to achieve results are hampered daily by limited resources, unachievable or unreasonable deadlines or targets, uncooperative partners, human errors and underperformance. And each of those obstacles requires negotiations and sometimes confrontations.

To get results, leaders need to speak up, fight for what they think is the best approach to achieve the company objectives, and sometimes push back or say “no.”

All of which requires courage.

It takes courage to accept that you may not be liked by all. Courage to risk annoying your boss by disagreeing with their idea. And a whole other type of courage to take unpopular actions within your team to handle underperformance. And on, and on.

Achieving outstanding results is never possible if you only take the easy way and try to please everyone.

There are multiple wise quotes and memes about leaders taking the road less traveled and claiming untrodden ground. But no matter how irritating, clichés exist because they are usually accurate.

In today’s fast-paced world of fierce competition, no company would ever say, “We are fine with what we do and have. Let’s keep things stable and not strive for anything more.” Nope. We are constantly trying to transform and improve. To find new ways of doing things and new products to offer our customers.

Today’s successful leader must be a visionary and an innovator. But coming up with new and original ideas takes particular courage of the mind. Not everyone can challenge themselves in the way they think or the way they do things.

And even if you manage to overcome your mental blocks and produce this bright, innovative idea, you still need to be brave enough to present it in front of others and defend it. Knowing full well that it might be shut down or even ridiculed.

But the part that requires the highest level of courage comes when your idea receives the necessary support and approval. Because then you risk actually failing during its implementation. And depending on your organization’s tolerance towards failure, this can be indeed a terrifying thing.

However, if you never step outside the proverbial trodden path, you will never achieve true success as a leader.

The desire for safety stands against every great and noble enterprise.

While it may thrive well in some organizations, mediocrity never wins the long-term battle of accomplishment. Plus, it’s rather dull.

A leader is a leader because of their team. And for this team to follow, they need to trust their leader.

Now, trust is a complex construct that requires courage from both participants in a relationship. The person giving their trust needs to have the courage to accept the risk that they may be let down. And the leader who is trying to earn the trust needs to be brave enough to stand up and fight for their team, protect them and help them grow and last but definitely not least, show vulnerability.

Courage to fight for your team

Ever since I started working in shared services, I have constantly had to fight for resources for my team – more people, more money, and better technology. In many organizations, senior leadership seems to think that as soon as you label something “shared services,” it will magically start producing efficiencies and cost savings without any investment.

Well, that’s not true, and I have had to explain it countless times. And countless times, I have seen the look into a leader’s eyes saying, “well, if you cannot do it with your current resources, maybe you are not the right person for the job” (I have actually even heard it said outright a couple of times).

But I have kept going because, as a leader, I have to ensure that my team has what they need to do their jobs. Luckily, most of my leaders have also cared more about their people than their job. But I have had a few who were more protective of their personal security than doing what is right. And I can tell you, I have never despised anyone more.

However, there are times in which we can fight as hard as we can and not achieve the desired outcome. I have seen leaders who, having fought valiantly for their team’s needs, crumble at the point of having to deliver the news of the failure to the team. And prefer to lie or maintain a hope that they know is unfounded.

There are few things that a leader can do that can break the trust of their team more. Lies always come out sooner or later. False promises fail to materialize, and bad news never fails to reach us. And when this happens, it is very difficult to recover the relationship ( I recently had several conversations of the “nothing you promised actually happened” type. And even though the situations discussed were outside of my control, I can tell you, it was not pleasant at all).

Leading a team also means dealing with underperformance. I have seen many managers and leaders who hesitate to take decisive or unpopular actions to manage low performance. And I can understand them to an extent – after putting all that effort into gaining the trust and building a relationship with their team, they don’t want to hazard looking like the bad guy.

But as leaders, we need to make difficult decisions and have those unpleasant conversations because it is our responsibility to lead our team to success. And shying away from it will ultimately be bad for the team, the company and our accomplishments as leaders.

In the end, I guess you can be a leader and lack courage. You could do what you are told and agree with everyone and keep your job safe. But you will never be able to cross that line and make a true difference for your team or the organization.

It is a matter of choice and what we want the answer to this question we keep asking ourselves – “what makes a good leader” to be. 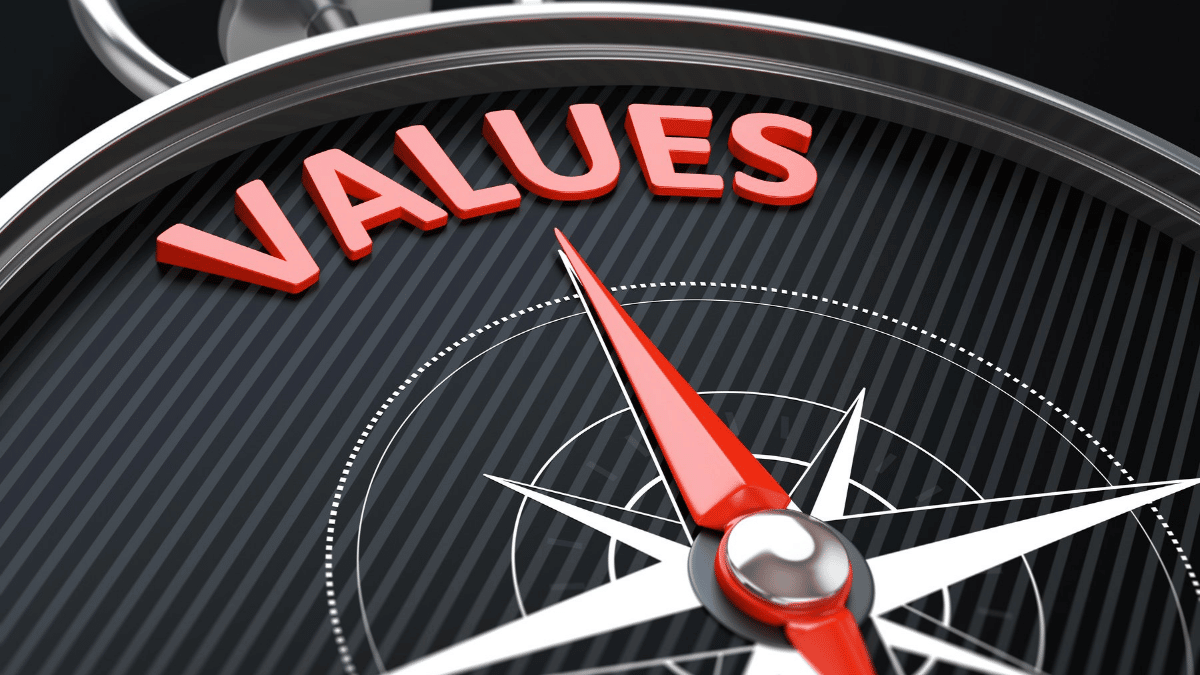 How Can Defining Your Core Work Values Help You in Your Job?

Knowing your core work values and being able to express them can make a true difference for your success as a manager and an employee. Read why. 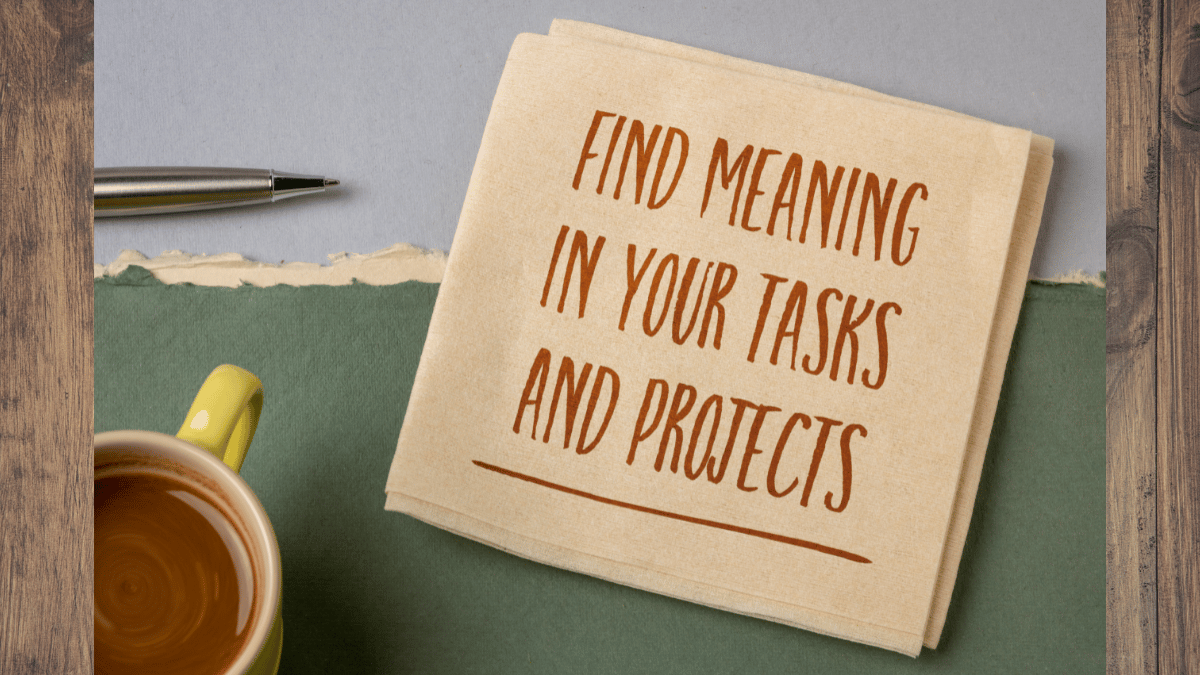 Is Meaning-Making an Important Part of the Leader’s Job Description?

Learn how your employees can find meaning in their jobs and what you can do as a meaning-maker to support them in the search for a more meaningful workplace. 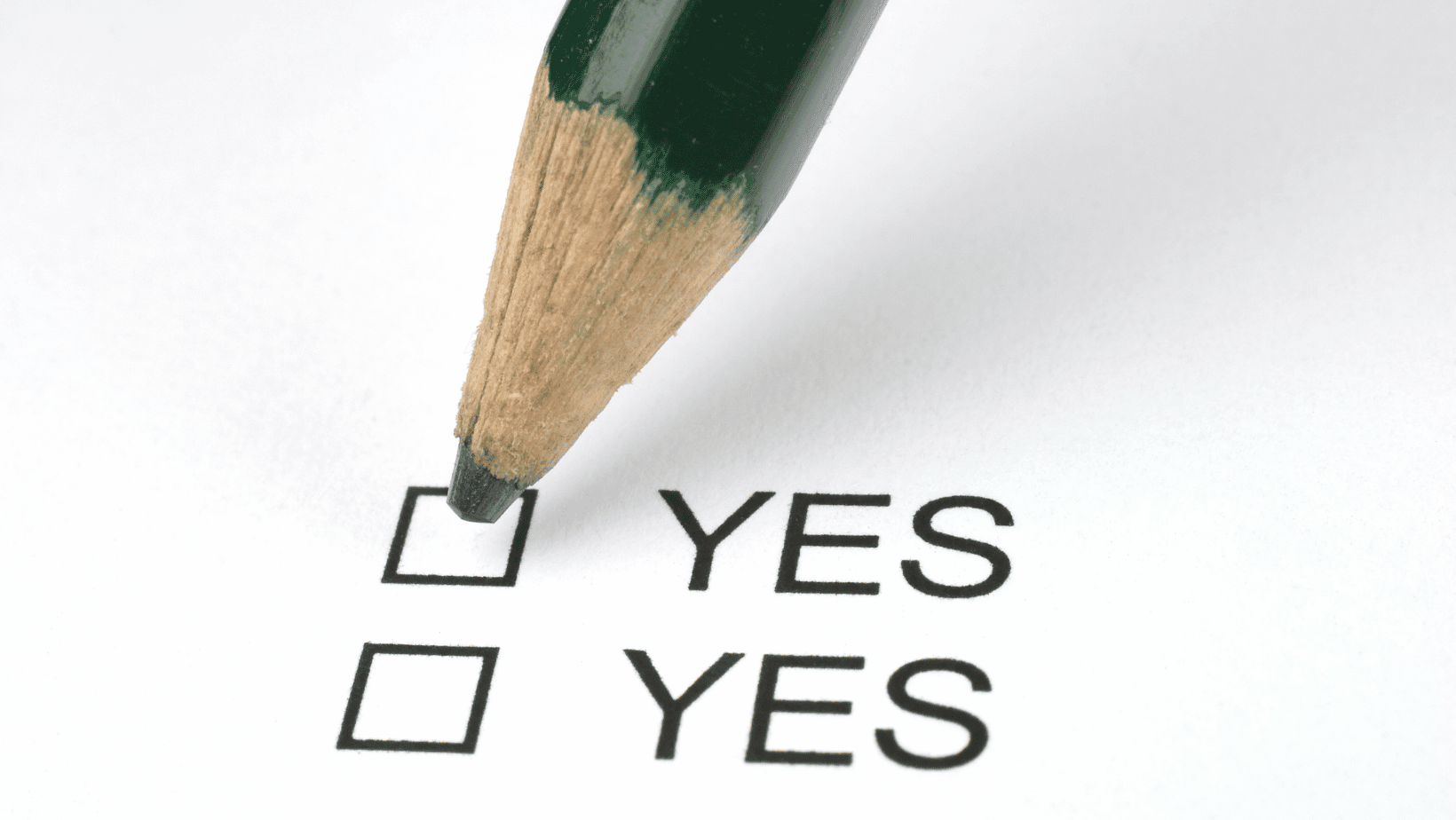 “Culture Fit vs Culture Add”: Should We Really Choose One or the Other?

Have you been going back and forth in your recruitment strategies? Are you debating between the “culture fit” or “culture add” approach? Doubt no more!